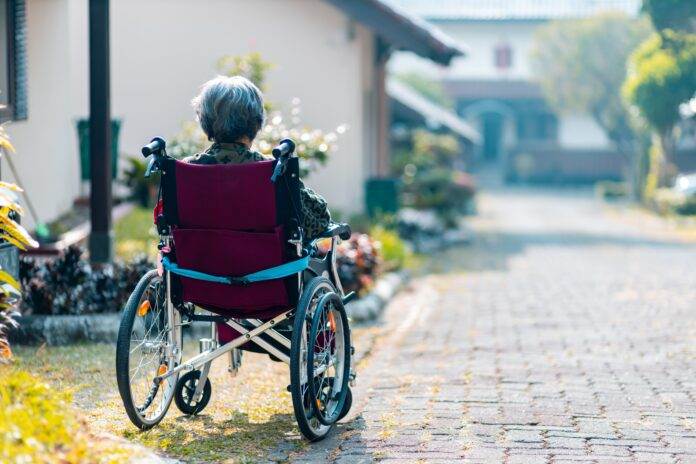 Dementia: What Is It? 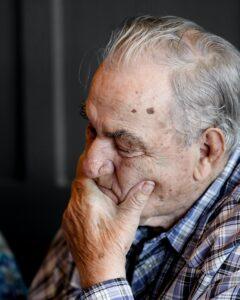 Dementia is a general term used to refer to a decline in cognitive and mental function, such as the ability to recollect information, reasoning, and logical capabilities. Dementia interferes and disrupts our everyday lives as it comes with symptoms like memory loss, improper language skills, loss of focus, and lack of problem-solving capabilities.

A person with dementia may not be able to function efficiently and comfortably in their everyday life. They may lose control over their emotions over time and may even fail to recognize their own family members. Slowly, they start withdrawing from public events, forgetting to do simple activities like watering plants or taking their medications, paying the bills, and so much more.

Dementia does not get into our lives overnight, and it is a slow process that happens over time. An individual goes through the 7 stages of Dementia at different phases before reaching the end of this terminal illness.

As we age, our memory and ability to recollect slows down and fails us, which is a normal, usual process. But the intelligence remains the same. The phases of forgetful moments are usually dubbed as ‘senior moments,’ but they in no way intervene in our day-to-day activities or threaten an individual’s safety.

Dementia is largely different from the usual memory loss we experience in daily life. In a major part of the world, about 55 million people have Dementia, and it is predicted that by 2050, the number is said to rise to 139 million people. 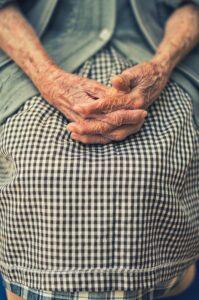 Dementia affects every person differently and progresses at different speeds in every individual. Some people may experience a state of mild decline for a long time, while few develop multiple symptoms quickly.

Having a clear understanding of the 7 stages of dementia gives you an insight and makes the transitions a little bit easier for your loved ones and the caretaker.

Alzheimer’s is the most common of all the different diseases that have dementia. The transition of dementia in Alzheimer’s has been categorized into seven stages as per the ‘Global Deterioration Scale(GDS) developed by Dr. Barry Reisberg and his team Of New York University.

The 7 stages of Dementia include:

1) Stage 1: No Impairment Or No Cognitive Decline

No impairment is the first stage among the 7 stages of Dementia. In this stage, the images from the Computed Tomography (CT) scan may reveal some changes. Still, the individual may not experience any symptoms as it may take a long time for Dementia signs or symptoms to emerge.

Very mild cognitive decline is the second stage of the 7 stages of Dementia. At this stage, an individual may experience age-related memory problems where they tend to forget dates, names, or words. Still, they will be very much capable of performing personal care activities.

This stage comes with the beginning stages of dementia but is not obvious to close ones or even doctors.

The 2nd stage of dementia includes:

The next stage of the 7 stages of Dementia is the mild decline stage. In this stage, the symptoms of dementia start becoming more noticeable and visible to family members and friends. It will be reflected in the memory tests, and the doctors will detect the impaired cognitive function.

This stage does not have a major impact on their life. However, Individuals with stage 3 dementia will show symptoms of:

The next stage of the 7 stages of Dementia is moderate cognitive decline, which signifies Alzheimer’s disease.  In this stage, the symptoms of early dementia become apparent, and the individual needs a physician or doctor’s help.

Individuals with stage 4 dementia socially withdraw themselves, become non-responsive and moody, and go into a state of total denial. Some other signs include:

The moderately severe decline is the 5th stage among the 7 stages of dementia. In this stage, memory loss is more profound, and individuals may need help with many everyday activities. Still, however, they can maintain functionality to take care of themselves, such as bathing and using the toilet.

Some of the signs of stage 4 Dementia include:

On average, this stage can last for about 1.5 years, and individuals with stage 5 dementia may require more help from their family and friends during those tough times.

The next stage of the 7 stages of dementia starts with small changes in the person’s behavior and personality. During this stage, they tend to get angrier and more aggressive, which may be difficult for the surrounding friends and family members.

They also appear to be in a more confused state of mind but still can recollect people closest to them, which may bring in some level of comfort. According to experts, this stage may last for about 2.5 years.

People suffering from stage 6 Dementia need professional help and constant supervision; some of the symptoms include:

The very severe decline is the last and final stage of the 7 stages of Dementia. Most people pass away before they reach this stage, as dementia is a terminal illness.

In this final stage of dementia, individuals experience severe loss of speech, and they will lose their ability to respond and communicate with their surroundings. While they may still be able to say words or phrases, they do not know their condition and will need help with everyday activities all day long.

Read more about the 7 stages of dementia

How Can Dementia Be Prevented?

Dementia can be kept at bay by following certain measures. However, certain risk factors like genes and age cannot be avoided.

Research studies have suggested that to reduce the risk of dementia, patients with Dementia can follow a healthy lifestyle to reduce its risk. Some of the healthy practices that can be incorporated into our lifestyle include:

Caregiving Throughout The 7 Stages Of Dementia

Though your loved ones can manage their immediate needs on their own in the early stages of dementia, they may need help with tasks related to memory and problem-solving. They may be constantly needed to be reminded of their doctors’ appointments and take their medications at inappropriate times.

Apart from this, they may need help with social and work responsibilities as well. At certain times, they may even forget words, names, and people. In the beginning stages, it is very important to encourage them to:

Individuals at this stage tend to become angry, frustrated, and act out in strange ways, which can sometimes be stressful for the caretaker. Here, the caretaker should also take essential care of themselves by reaching out to family members, friends, and other support systems to make the process easier and smoother.

According to the Alzheimer’s Association, the late stages of dementia are the most difficult ones as the individuals with dementia become very weak and rely on the caretaker for almost everything.

During this time, they may lose their ability to walk, and it will harder for them to eat and sleep. So, it is essential to get medical help from an occupational and speech therapist and a nutritionist to get insight into alternative healthy food options packed with essential nutrients.

Effective management of severe loss of memory, disorganization, problems with the immune system, strange behavior is a must during the last stages of dementia.

Watching over a loved one with dementia can never be easy. However, with proper management and help from medical professionals, one can stay updated on new treatments and techniques. The most important part for a caretaker is to be empathetic and help the loved one get through the 7 stages of Dementia without much suffering and remind them constantly that they are not alone.

Waxing vs Shaving: The Ultimate Guide With Pros and Cons

What Is Clone Drug: 5 Important Points You Must Know