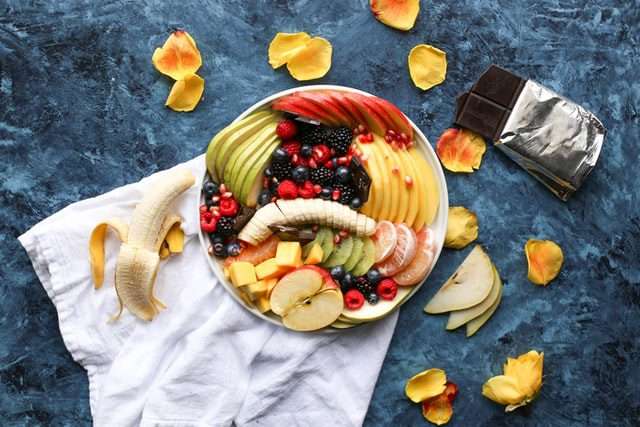 Skin, the outermost protective sheath of our body, remains most exposed to the environment. As a result, several bacteria, fungus, and other infectious agents find it their most favorable target.

Flesh eating disease or necrotizing fasciitis is one of the most dreadful skin infections in which the skin and the superficial layers beneath it gets affected. It is an infrequent infection in which out of every 4 infected people, one gets killed.

In the 5th century BCE, Hippocrates first described the necrotizing soft tissue infection in which erysipelas spreads all over the body. Bones, flesh, tendons would fall from the body and even cause death.

In 1883, Dr. Jean Alfred Fournier described the necrotizing of the perineum and scrotum, which came to be known as Fournier Gangrene. The term necrotizing fasciitis was coined by Dr. Wilson in the year 1952.

Although termed as a skin infection, necrotizing fasciitis can also spread to layers below the skin and is also known as soft tissue infection.

It is a bacterial infection spreading from the skin’s surface to the connective tissue beneath it called the superficial fascia.

The infection spreads very fast all over the body and turns into a fatal one causing tissue death.

Signs and symptoms of necrotizing fasciitis

The initial symptoms are often quite lenient and have similarities to other skin diseases making it quite delayed to be diagnosed. The symptoms gradually change at various stages of the development of the disease.

As the severity of the infection intensifies with time, it picks up some recognizable and unique critical symptoms of necrotizing fasciitis. These include-

Necrotizing fasciitis is a bacterial infection that can be categorized into four types, namely-

Although necrotizing fasciitis (flesh eating disease) can attack anyone, some are more susceptible to this disease. People with other serious health issues are more likely to get this disease.

If someone has weakened immunity, they can likely develop the symptoms. The following group is likely to be the primary target site of the bacteria-

The sooner Necrotizing Fasciitis is detected, the better it is. Early diagnosis is the best treatment. The more the diagnosis gets delayed, complications rise, making it a life-threatening one.

As the initial symptoms are quite mild, they are often misdiagnosed as mild skin infections, and this delay ultimately puts the patient in a life-risking condition.

There are various ways to diagnose as well as to confirm the disease; some of the most common are-

The gold standard for diagnosis-

The confirmatory test for Necrotizing Fasciitis is an invasive surgical procedure. In a doubtful case, a small incision is made into the affected tissue, and if a finger easily separates the tissue along the fascial plane, the diagnosis is confirmed.

It is an exploratory surgery where it is common foul-smelling discharge, necrosis, and loss of the normal resistance of the fascia to finger dissection.

Although this can not confirm the presence of Necrotizing fasciitis, it can give hints about its presence. This is done through radiographic techniques like X-rays, Computed Tomography(CT scans), Magnetic Resonance Imagining(MRI)

Through fluid body analysis, one can also come to an approximate conclusion about the presence of this disease.

If an individual has a white blood cell count of more than 15,400cells /mm3and a sodium level lower than 135mmol/L, there may be the chances that they are a patient of Necrotizing Fasciitis.

Although there are several scoring methods, a scoring system developed by Wong and colleagues in 2004 is the most commonly used. The scoring method stands as-

All these are the most common ways to diagnose Necrotizing Fasciitis.

Depending on the severity of Necrotizing Fasciitis in the infected person, the doctors can decide which is the best way or option to treat this disease. Following pathways are generally chosen to treat this infectious disease-

Although antibiotics can not reach all the infected tissues, they can still inhibit sepsis and further spread of the infection. It is generally given as a part of follow-up after the surgery.

As antibiotics fail to reach all the infected tissues, surgery remains the first choice. Although there is no established duration for antibiotic therapy, it can still be continued as long as no more surgical debridement is required or there is no inflammation. The two most commonly used antibiotic combinations are-

This procedure has not been implemented on a large scale and remains controversial if one can be cured with this procedure. Clinical trials are going in both humans and animals. In due course of time, the efficiency of this method will be known.

Various species of Clostridium, like Clostridium perfringens infection and exotoxin production, can be inhibited in hyperbaric conditions. But it is found that the Necrotizing Fasciitis caused by Clostridium is quite less common and hence the efficiency of this method is a matter of thought.

Although IVIg therapy is not an FDA-approved one, it has been found to minimize the effect of exotoxin produced by Streptococci sp. and Staphylococci sp.

There has been a little human trial on this method, and thus more researches are being conducted to develop this method in a safe way for humans.

How to prevent Necrotizing Fasciitis and other skin infections-

Cleanliness and proper wound care is the best method to prevent Necrotizing Fasciitis.

Necrotizing Fasciitis is a part of Necrotizing Soft Tissue Infection (NSTI). NSTI includes all those infections that cause harm to soft tissues.

This terminology is used by doctors since all NSTI require a similar approach to diagnosis and remedy irrespective of the location of infection on the body.

When a patient is infected with a bacteria and succumbs to the exo-toxins and endo-toxins released by the bacteria, there may be a chance of getting toxic shock syndrome. The ways to manage the syndrome includes-

The Mucorales fungi cause Mucormycosis. It is found in bread or fruits, and it generally does not affect healthy individuals, but those with immunodeficiency can fall prey to this fungus.

Infection caused by fungi does not respond to antibiotics. The best remedy is early diagnosis, followed by proper treatment and anti-fungal drugs, reducing severity.

Insect bites can also cause Necrotizing Fasciitis. These bites are not generally fatal but can cause pain, redness, and swelling. Proper wound care and the use of antibiotics are the best treatment options.

Necrotizing Fasciitis- Contagious or not

So doctors generally do not prescribe any preventive antibiotics for those in close contact with such patients.

The infection of Necrotizing Fasciitis is a challenging task for both the patient and doctor. Early diagnosis can prevent amputation of body parts and vital organs. To avoid any infection or disease, good health is the best solution.

The healthier and more clean lifestyle we lead, the less the chances of falling prey to diseases.

Physicians and scientists all over the globe are trying to find better ways to curb the severity of the infection. Although immunodeficient people are more susceptible to this kind of skin infection, we all must care for it.

As it turns life-threatening in later stages, we must seek medical consultation as early as possible. The early steps of today can save a life in the future.