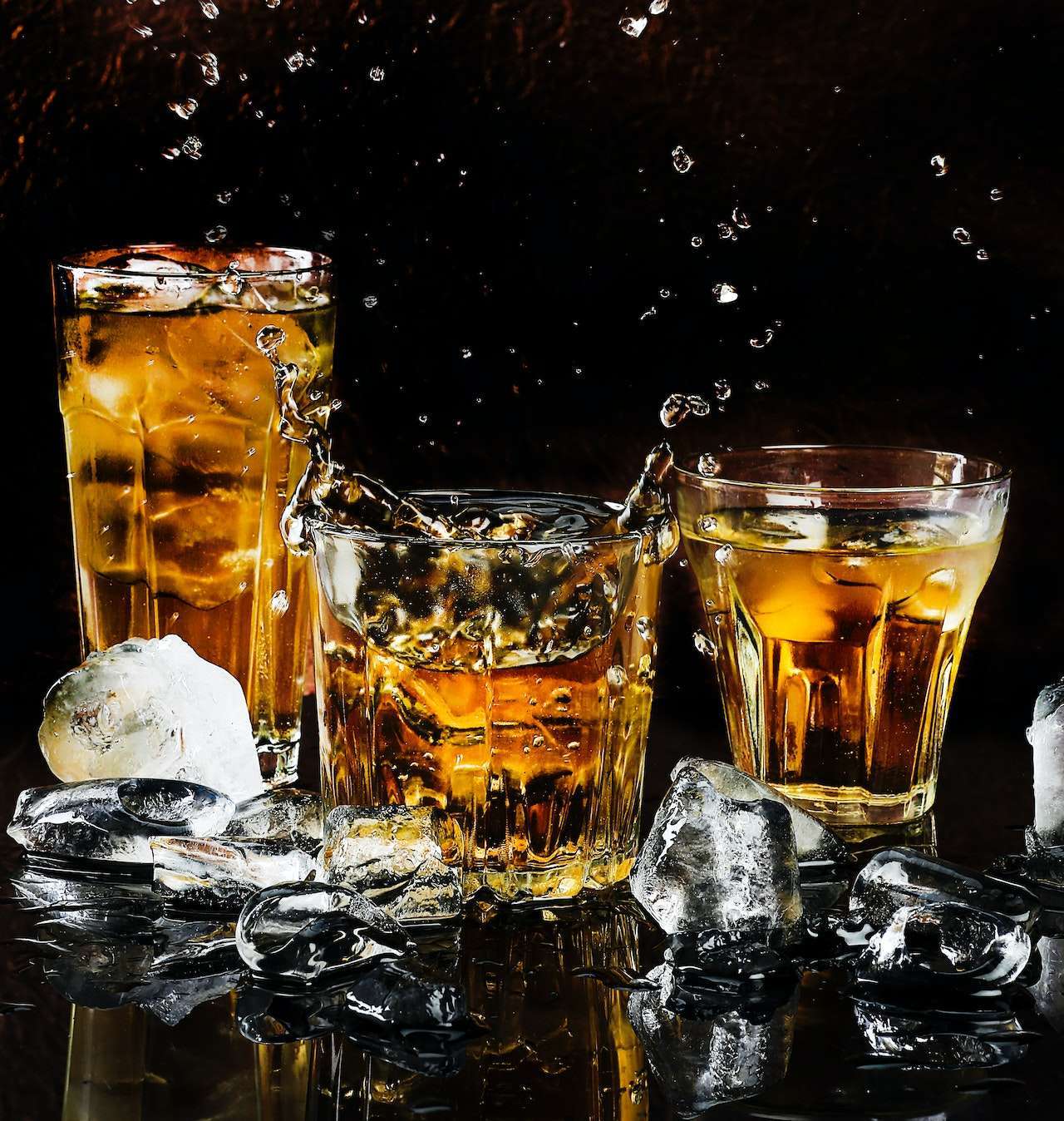 Does Alcohol Cause Brain Damage: 101 Guide to Alcohol Effects

The thyroid gland is a vital hormone gland located at the front of the neck, under the voice box. It is butterfly-shaped. It is bilobed (has two lobes). The two lobes lie against and around each side of the trachea (windpipe) and are connected by a narrow tissue strip at the front.

The thyroid gland plays a major role in the growth, development, and metabolism of the human body. It helps in the body’s normal functioning by constantly releasing thyroid hormones in controlled amounts into the bloodstream. It helps maintain homeostasis in the body.

T3 and T4 work together and regulate how our body uses energy. In simpler terms, they affect your metabolism. They also control your weight, muscle strength, body temperature, and nervous system. On the other hand, calcitonin is involved in bone and calcium metabolism. In simpler terms, it helps to regulate calcium levels in your body.

Most thyroid nodules do not show any signs or symptoms. But sometimes, some nodules become so large that they can show the following signs and symptoms:

While assessing a lump or nodule in your neck, one of your doctor’s main goals is to rule out the possibility of cancer. Another important goal is to check for the proper functioning of the thyroid gland. For all the goals, different tests are performed on the patient and the results are analyzed for correct diagnosis.

This is the simplest examination in which the patient is asked to swallow while the doctor examines the thyroid gland. If a nodule is present in your thyroid gland, it will usually move up and down during swallowing. The doctor also analyzes and looks for the physical signs and symptoms of hyperthyroidism like tremors, overly active reflexes, and a rapid or irregular heartbeat. The doctor may also look out for signs and symptoms of hypothyroidism like a slow heartbeat, dry skin and facial swelling.

Tests that measure blood levels of thyroid-stimulating hormone (TSH) and hormones produced by your thyroid gland are done. It can indicate whether you have hyperthyroidism or hypothyroidism. Treatment will accordingly vary.

This imaging technique involves high-frequency sound waves to produce images of your thyroid gland. It provides the most accurate information in the form of an image about the shape and structure of nodules. Through thyroid ultrasound, doctors can distinguish cysts from solid nodules or determine if multiple nodules are present. Doctors may also use the data from ultrasound as a guide in performing a fine-needle aspiration biopsy.

To make sure there is no cancer present, doctors perform a biopsy. In this, a small sample portion of cells is removed via a very thin needle insertion. It doesn’t take a lot of time. However, there are risk factors involved in this. The doctor uses ultrasound to help guide the placement of the needle. After extraction, these small sample portions of cells are sent to a laboratory to analyze them under a microscope.

Another method to evaluate thyroid nodules is a thyroid scan. In this test, an isotope of radioactive iodine is injected into a vein in the arm. A special camera produces an image of the thyroid on a computer screen while the patient is lying down. The nodules that produce excess thyroid hormone (hot nodules) are illuminated on the screen during the scan because they take up more of the isotope than normal thyroid tissue does. Hot nodules are mostly non-cancerous. Sometimes, nodules that take up less of the isotope (cold nodules) are generally cancerous. However, a thyroid scan can’t distinguish between cancerous and non-cancerous nodules. 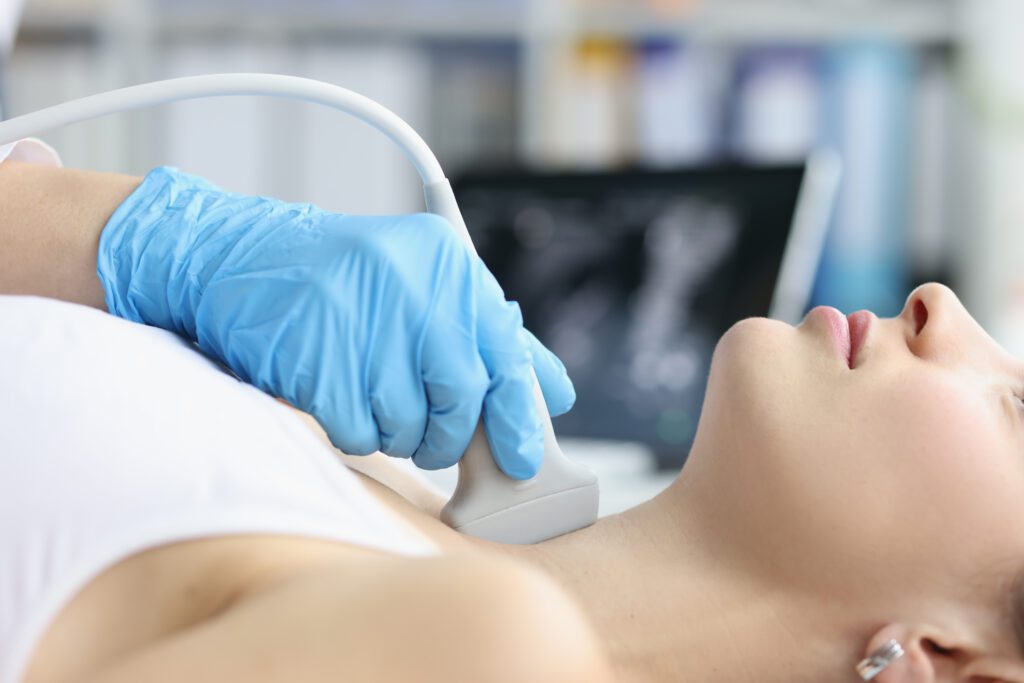 There are several causes of thyroid nodules:

d) Thyroid cysts: Thyroid cysts are generally non-cancerous, but they occasionally may contain cancerous solid parts. In general, thyroid cysts are fluid-filled cavities in the thyroid. They most commonly result from degenerating thyroid adenomas. However, often solid components are mixed with fluid in thyroid cysts.

e) Multinodular goiter: The term goiter is used to describe any enlargement of the thyroid gland because of iodine deficiency or a thyroid disorder. A multinodular goiter contains many different nodules within the goiter. However, its cause is less clear.

f) Thyroid cancer: The chances of nodules being cancerous are very thin but painful and large nodules which cause discomfort are a matter of worry. Such cases require professional help from an oncologist.

Complications in some cases of thyroid nodules include:

Treatment depends on the type of thyroid nodules.

II) Treating Nodules That Cause Hyperthyroidism:

If the thyroid produces thyroid hormone in amounts exceeding the normal thyroid hormone range, then the doctor may suggest treating the hyperthyroidism. Treatments include:

Doctors may prescribe anti-thyroid medication such as methimazole (Tapazole) to reduce symptoms of hyperthyroidism. It is a long-term treatment. The treatment can have some serious side effects on the patient’s liver. Hence, discussing the treatment’s risks and benefits with the doctor before taking the medications is important.

Surgery is the last option left when neither of the above two treatment methods works. The doctors surgically remove the overactive thyroid nodule.

Very small-sized cancerous cells in the thyroid gland have a very low risk of growing. Hence, the doctor may closely watch cancerous nodules before treating them for some time. Observation includes ultrasound monitoring and performing blood tests.

Near-total thyroidectomy may be used depending on the extent of the disease or stage. Risks include damage to the nerve that controls the vocal cords and parathyroid glands. After thyroid surgery, you’ll need lifelong treatment with levothyroxine to supply your body with thyroid hormone. The doctor will help determine the correct amount per the patient’s body to take because it may require more than hormone replacement to manage the cancer risk.

Alcohol ablation is another line of treatment for small cancerous nodules. This technique injects a small amount of alcohol into the cancerous thyroid nodule to destroy it. Multiple treatment sessions are often required. 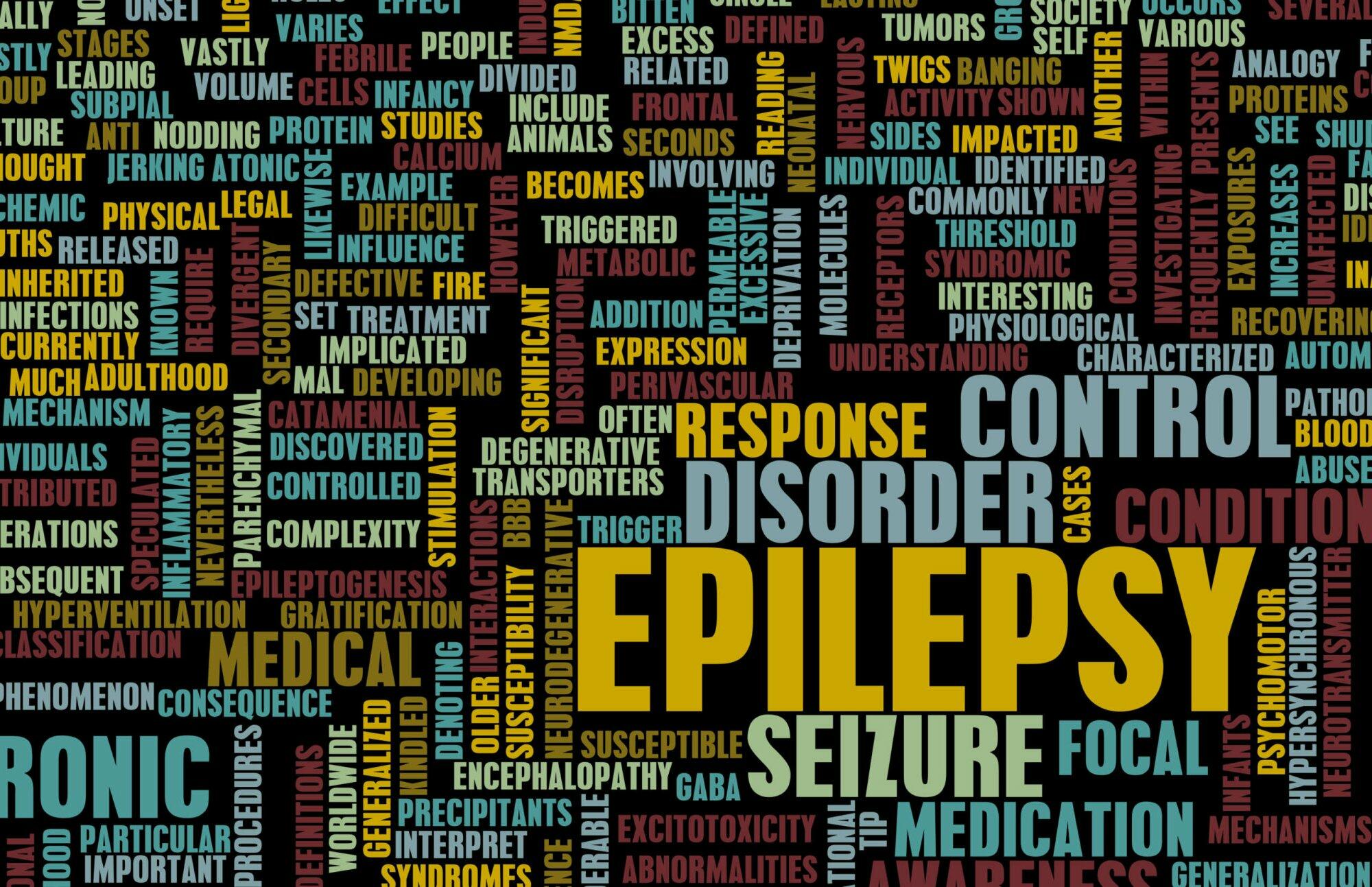