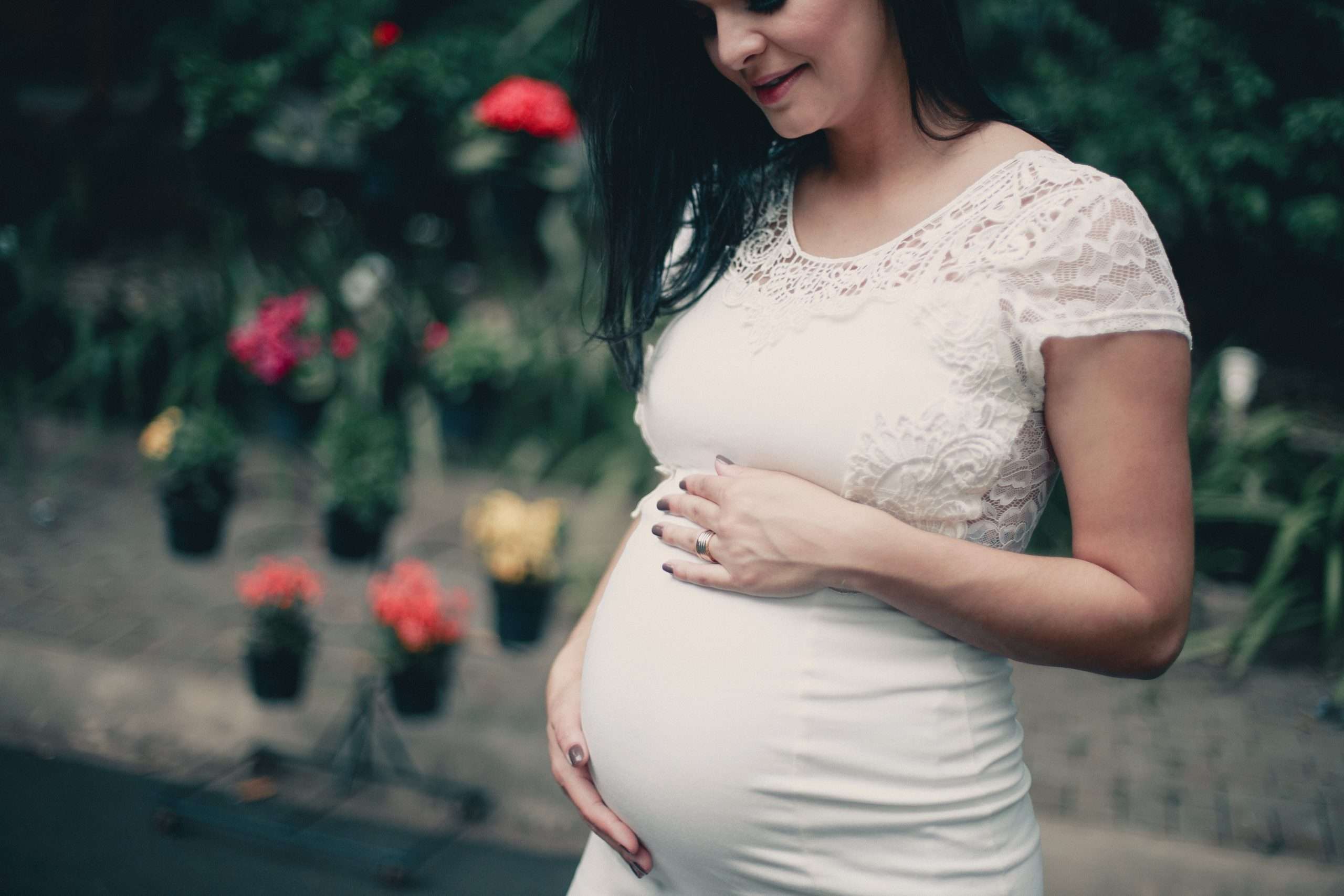 Table of Contents
1. How is Weed Consumed?
Other Alternatives
2. Ways to Detect weed
3. How Long Does Weed Stay in your System?
A) Sex
B) Body Mass Index
C) Genetics
D) Potency, Frequency, and Intake Method
4. How is Weed Detected in Your System?
A) Urine Tests
B) Blood Tests
C) Saliva Tests
D) Hair Tests
5. How Do I Know if I have a Marijuana Addiction?
6. Marijuana Addiction Treatment
The Bottom Line

Despite being illegal in most places, marijuana, also known as weed, has always been a common drug that most adults have tried at least once.

Weed is derived from the cannabis plant and, like in case of any other substance use, causes a high. The high produced by marijuana use involves feelings of calmness and results in the person feeling relaxed.

Owing to this, it is not surprising that frequent users can easily develop a marijuana addiction. Once consumed, weed will stay in your system for some time and can be detected with the help of scientific methods.

So how long does weed stay in your system? What testing method is used to detect marijuana? What are the options available for marijuana addiction treatment? Read on to know more about all this.

1. How is Weed Consumed?

There are several ways of ingesting marijuana, but inhalation is the most common. The preference depends on how long weed effects last in each case.

Most people prefer consuming weed by smoking or vaporizing it as they get into the bloodstream directly from the lungs, offering quicker results.

Smoking marijuana involves burning the plant and directly inhaling the release. However, complete burning is not required to weed in a vaporized form; complete vapors are inhaled.

Despite inhalation being the quickest and the most common form of weed consumption, there are other ways to do it. One such form is oral ingestion.

It takes longer for the effects of marijuana to kick in in edible form, but on the flip side, they last much longer and are preferred by infrequent users.

Apart from this, weed can also be kept under the tongue for absorption by the blood vessels. The durations are similar to the edible form.

Lastly, the typical way to consume weed is by applying infused products to the skin. This is the least preferred alternative as it does not reach the brain to cause a high.

Weed can be detected in one’s system using several drug tests. However, each drug test varies depending on the time marijuana remains in the tested source.

Blood, urine, saliva, and even hair tests detect cannabis in the system. But it should be noted that hair test has more chances of altering the levels even due to secondhand marijuana smoke. So false positives are more likely in this case.

3. How Long Does Weed Stay in your System?

So how long is a person at risk of positive tests after cannabis? Well, how long marijuana stays in your system varies from individual to individual. But on what factors? Here are some of them.

We know that females have higher body fat levels than men. This slows the metabolism and impacts how long marijuana can be detected after consumption. Thus, weed can be detected for longer in women than in men.

A person’s body mass index, or BMI, is also directly related to body fat levels. Therefore, it is not surprising that people with higher BMI have a slower metabolism.

The most important factor that metabolism depends on is genetics. One can naturally have high or low metabolism speed irrespective of sex or BMI.

So if you have a low metabolism level, weed stays in your system for longer and can be detected for longer, as is the case with other drugs and alcohol.

4. How is Weed Detected in Your System?

Every marijuana drug test results vary depending on how much time has passed from the last marijuana use. So it is important to know that while you might come out clean in one drug test, you might not pass the other.

However, there is also a chance of false positives. So what are the drug tests that can be used for this purpose? And is there only a completely reliable way to detect weed without the risk of false positives?

Different tests might yield different results. To make sense of this discrepancy, it is necessary to understand how drug testing works. Here is a list of every type of drug test commonly used for detecting marijuana use.

A urine test is most commonly used to detect marijuana in your system. It gives accurate results and even helps understand the frequency of marijuana use or any other form of substance use.

While a single use can be detected for up to 3 days by a urine test, the duration increases with the frequency of use. For instance, urine drug tests can detect daily use for about two weeks since the last use.

Similarly, if you are a heavy user, i.e., engaging in cannabis use several times every day, it can be detected in your body for up to one month since your last use.

If you take a blood test to detect weed in your system, you might test positive for up to 2 days after the intake. But if you use marijuana regularly, you can detect this in your system for several weeks, even if you have been clean lately.

Most of us have seen drivers on the roadside pulled over by cops due to not being sober while driving. This drug test is commonly used in roadside sobriety checkpoints to detect substance use. In the case of marijuana, a saliva drug test can give a positive result for about three days since your last use.

Yes, weed can be detected in your system, even with your hair. Here’s how it works: thc can enter your hair directly from your bloodstream and be detected there.

But on the flip side, your hair can very easily catch secondhand marijuana smoke, so passive smoking or even coming in contact with someone who has been consuming weed also gives a positive result, rendering the test ineffective.

Although this drug test is not commonly preferred, weed can be detected in hair follicles for as long as 90 days after the last consumption.

5. How Do I Know if I have a Marijuana Addiction?

Believe it or not, weed addiction is an actual mental health disorder. And like other mental disorders, cannabis use disorder is also diagnosed using the Diagnostic and Statistical Manual of the American Psychiatric Association by licensed medical professionals.

The effect of marijuana remains for a few hours immediately after consumption. The frequency of these effects can help to determine the consumption and, in turn, marijuana addiction.

The physical signs to look for to detect weed immediately after consumption include red eyes, increased heartbeat, dry mouth, loss of balance and eye-hand coordination, and increased sensory perception, among others.

Although addiction can be diagnosed only with the help of professional medical advice, it is always beneficial to look out for symptoms and behavioral health conditions.

The Diagnostic and Statistical Manual-5 (DSM-5) puts forth 11 major symptoms of a cannabis use disorder, and the severity of the addiction is diagnosed by corroborating how many symptoms recur in an individual in the same year.

If the individual repeatedly displays up to three symptoms, it is classified as a mild addiction. Showing up to five symptoms frequently in under twelve months is moderate, while displaying six or more symptoms repeatedly is a sign of severe addiction to marijuana.

It is generally advisable to seek timely help when the symptoms start surfacing for faster recovery. Complications will only increase with the severity of the addiction, so one should get help before the symptoms debilitate the regular functionality of the individual.

Cannabis use disorder can also occur with mental illnesses that revolve around the addiction to other drugs such as cocaine or even alcohol. It can also be both a cause and consequence of mental illnesses such as depression and anxiety.

If marijuana use starts affecting one’s performance in daily life and social relationships, it is surely a cause for concern. Moreover, if the individual ignores the ramifications and continues their intake and the body depends on it for functioning, that is also a sign of addiction.

In mild to moderate cases of addiction, it is generally possible to overcome it in one’s everyday surroundings. However, for severe cases, it is advisable to opt for treatment facilities that provide a holistic plan for addiction treatment.

Most American addiction centers or rehabs provide addiction treatment plans for marijuana addiction. These treatment plans, complete with accommodation facilities, aim to provide the right environment for individuals diagnosed with cannabis use disorder to heal.

While going through medical detox, it is common for chronic users to experience withdrawal symptoms. However, these symptoms are mostly psychological and involve restlessness, insomnia, mood swings, and drastic change in appetite.

The treatment plan should also consider the specific types of withdrawal symptoms experienced by the individual and address them in the best way possible.

Therapy and counseling are the most important aspect of the treatment program. In most cases, a combination of cognitive behavioral therapy (CBT) and motivational therapy is used for addiction treatment.

Along with CBT, motivational therapy is administered for better results. This type of therapy is shorter than most other therapies and involves motivating the individual to give up the negative behavior patterns and adopt the functional ones.

As there are no known and approved medications to overcome marijuana use, the only treatment option that remains is therapy and the provision of a proper healing environment.

However, antidepressants might be prescribed if addiction and other mental illnesses exist. Similarly, medications can address any severe withdrawal symptom but not the addiction per se.

Despite not affecting the addiction problem directly in any way, it must be taken care that no medication is taken without consulting a medical professional.

Lastly, a good support system greatly speeds up the healing process. Nothing can replace proper emotional support and supervision of family and friends in such cases.

Enrolling in a full-time program at a treatment facility is better if such an environment is not possible due to dysfunctional and toxic family settings. Such centers provide a more empathetic setting for the individual to heal.

Irrespective of how long weed stay in your system, getting addicted to such a substance is very easy. The more often you consume it, the higher the chances of it being detected in your system for longer periods.

It also considerably raises the chances of developing an addiction. So it is also essential to keep a lookout for the symptoms of addiction and their frequency.

Don’t forget to share this article with your loved ones and let them know of the symptoms to keep an eye on. Also, let us know your thoughts and helpful insights that we might have missed in the comments below. 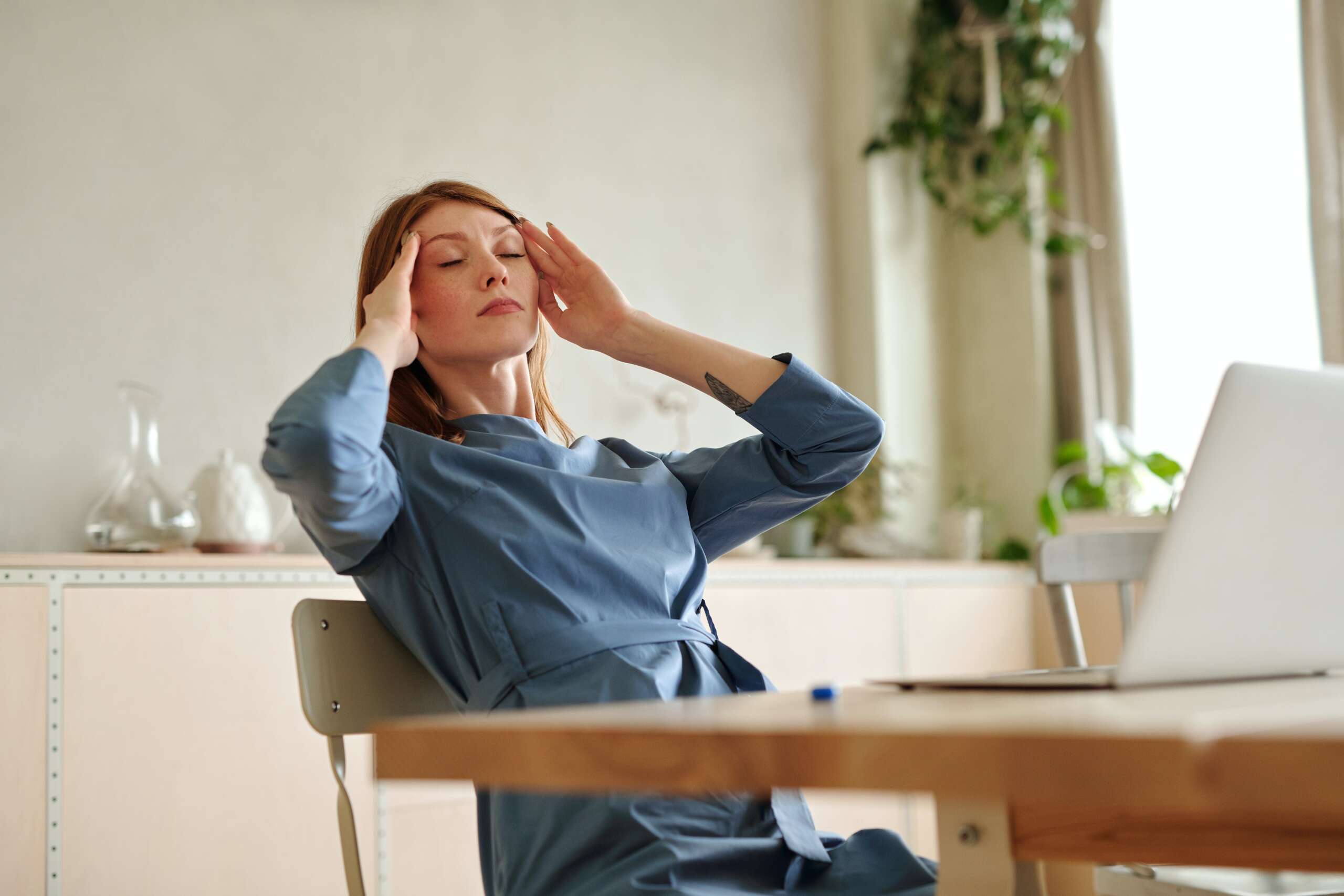 Is Coffee Good For Your Heart: 10 Things to Know About 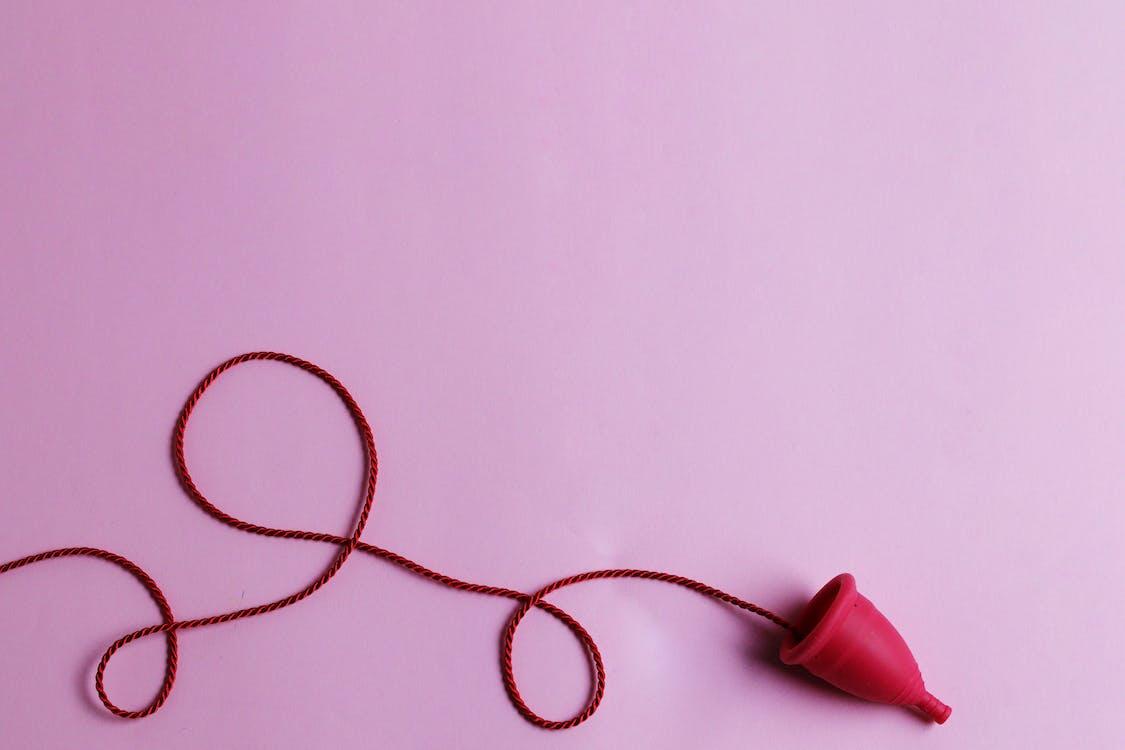 How to Stop Periods Immediately With Home Remedies 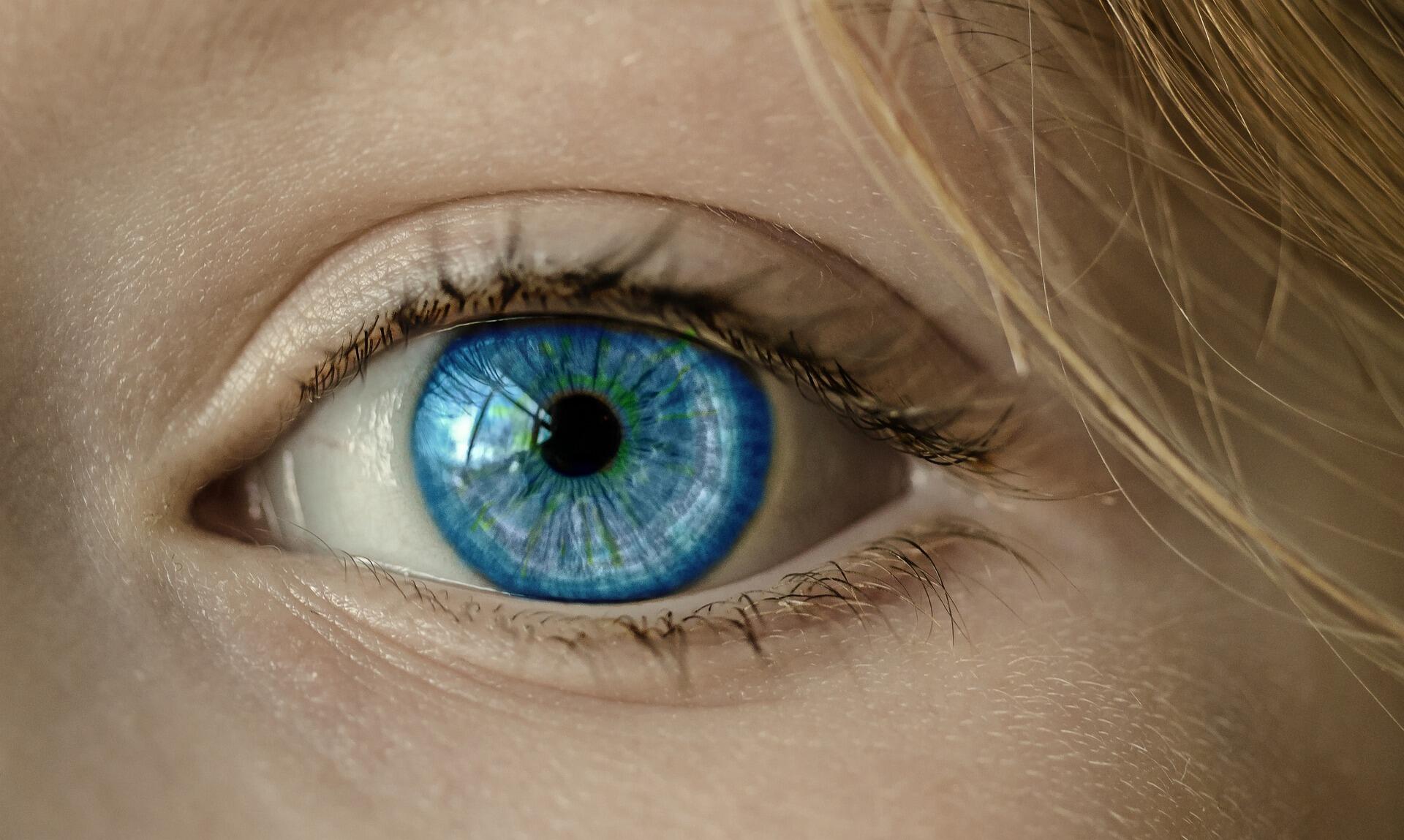