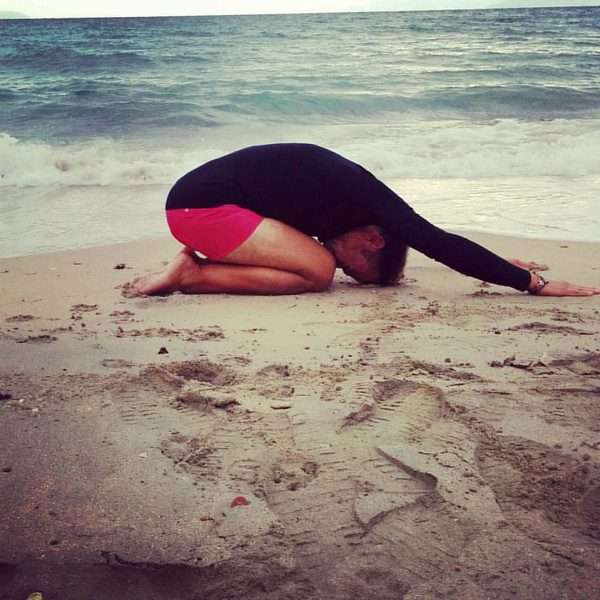 People who haven’t heard about coffee before running would be mystified by how this helps in the exercise. But yes! If you have coffee before a sprint, it helps you in various ways during your run.

However, there are some drawbacks too. This article will explore how coffee before running helps, its side effects, and facts to consider. 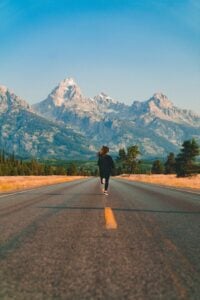 Coffee before Running- 12 Things to Know!

Coffee excellently benefits people if consumed before running. They don’t face any issues or any inner problems. However, some people face some negative effects like heartburn, nausea, vomiting, and diarrhea. If you can tolerate the effect of coffee while running, then you should know the great coffee benefits you are experiencing in your sprint! 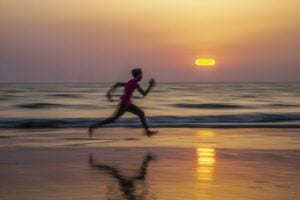 It is said that morning runs are the best. Drink coffee before going on a run at this time, and enhance your running performance day by day. However, as specified earlier, stop having coffee if you face an adverse reaction. Let’s now explore the 12 effects of having coffee before running.

12 Effects of Having Coffee before Running

Caffeine intake before having a run is highly beneficial in improving performance. Numerous studies have shown that consuming coffee before any physical activity or outdoor challenge will help you perform better than you normally would. This effect applies to both runners and endurance athletes. 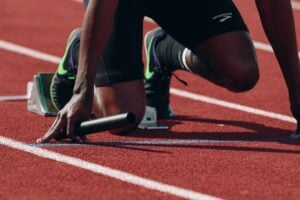 If you are a runner, sportsman, or are going to an event, the best time to have coffee is one hour before the competition begins. Caffeine is indeed a good pre-workout supplement.

Caffeine intake significantly helps in reducing negative side effects, including anxiety and dizziness. Heart palpitations are especially common in most people before starting a sprint or taking part in a race. You can comfortably reduce it by having coffee before running.

Many scientists have stated  that consuming coffee before running reduces many side effects. You can have 3 to 6 milligrams of caffeine per kilogram of body weight to see the best benefits. 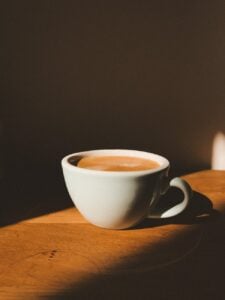 For a person of 150-pound weight, it is necessary to have 12 ounces of strong coffee. However, higher doses won’t help you get better in your performance, nor can they reduce the adverse effects.

Coffee before running is extremely beneficial in boosting your brain. Caffeine intake boosts our mental alertness and sets our mood, increasing our desire to run as hard as possible. Drinking coffee daily will make both our body and brain work well.

You can find various substances in a coffee including polyphenols. This polyphenol in coffee  advantageous as it has helped numerous individuals with dementia. It may help mitigate Alzheimer’s disease, which is also a common problem that influences your brain health.

There is no proof so far that consuming coffee before running will make you dehydrated. Studies have shown that participants that consumed 5 cups of coffee showed no signs of dehydration and were no further from the state of zero thirstiness than participants who drank no coffee.

So if you are concerned about being dehydrated while running, worry not. It is assured that coffee before running will not make you dehydrated; hence, enjoy the other benefits of drinking coffee before taking a sprint.

A great benefit of having coffee before running is that you can lose weight. Experiments have shown that the coffee consumed by an individual uses up their body fat. This process develops the more you continue with the system. 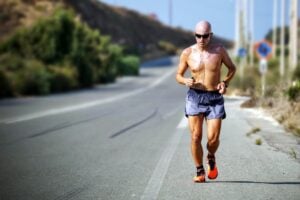 The fat utilization in your body will help you in significant weight loss, but keep in mind that you have to intake coffee before starting a run to get the best results.

Coffee also helps to recover after a long workout. You can observe for yourself that caffeine intake is beneficial in recovering after a long exercise schedule. 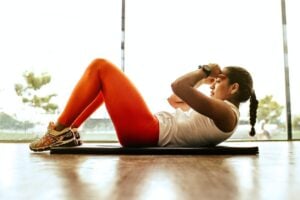 The experiment took some cyclists at first. They started to ride hard for two consecutive days, gradually became tired, and came into a glycogen-depleted state. Ones who consumed a recovery drink, along with caffeine and crabs, recovered their glycogen stores by 66 % more than the individuals who drank a recovery drink only with crabs.

Another positive effect of having coffee before running is that it helps in tolerating heat. It becomes especially helpful when taking part in a competition held in summer.

Caffeinated sports drinks are more beneficial than normal, de-caffinated drinks or water. A study discovered that when cyclists consumed caffeine, they performed 15 to 23 % more work than they did with general sports beverages.

Moreover, the experiment showed that the cyclists  who ingested caffeine perceived exertion at a lower level than those who did not. If you Drink the recommended amount of caffeine, you can excel in your summertime performance by breaking those hot and humid strikes.

Consuming caffeine is relatively beneficial for having good neuromuscular coordination, i.e., the process of sending a signal from your brain to muscles faster. Since the way you contract and relax your muscles is integral to all sports, it is obviously very beneficial to drink coffee before running. 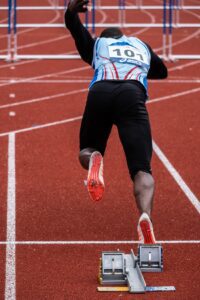 It develops reaction time, and long and short distance runners use this process to perform well. Having good neuromuscular coordination will help your leg muscles to fire faster, and with more force, and consequently, you will be more efficient during your run.

Overall, the benefit you can have is to run fast, without giving too much effort.

Be it running or any other outdoor physical activity, have coffee before your work to reduce your chances of getting injured. It will also help you to stay on the right path to achieve your goal.

GI problems are one of the major issues of having coffee before running. This gastrointestinal dilemma can occur, especially if the coffee is mixed with milk (containing lactose) and many other ingredients, including sugar or its substitutes. However, the GI issue takes place on an individual basis, counting upon various internal factors.

In addition to that, caffeine is a potential laxative, which means that it can affect some people by causing diarrhea. Besides, other negative effects are also there, including heartburn, gastroesophageal disease, and stomach pain.

Remember that the GI issues are common to many people and are hard to put up with. Avoid having coffee before starting a sprint if you ever get a sign or face this sort of problem.

Another problem that may arise by having coffee before running is the sensation to urinate increases. Caffeine is a diuretic, but a mild one. However, it may increase your urgency to urinate, and it can even increase the frequency of urination (it doesn’t cause dehydration). For individuals newly starting this process, it may be a major problem to them.

If the place where you are running doesn’t have toilet facilities, it is indeed a concern to think about. However, people getting habituated to it with time won’t have such a hard time, as the effects gradually decrease.

Jitters or headaches are other problems that individuals can face by consuming coffee before a sprint. People mainly experience this symptom if they are sensitive towards caffeine, and develop headaches as a consequence. This often results in the run being very uncomfortable. 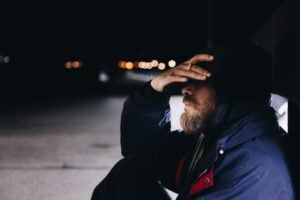 Don’t take it as a minor problem, and overlook it; it is recommendable not to run if you face this symptom. Also, don’t have coffee before taking a sprint if you have faced such consequences before.

You need to have coffee at the right time if you want to reap all the benefits. In case you are a morning runner, it is a good idea to grab a coffee before your run. Some people also delay their coffee consuming timing to boost their run, whereas others have it both before and after a run to have greater benefits.

Primarily it depends on how you feel consuming coffee before or completing the run. Do various experiment and introspect on whether you want to make this a part of your daily routine.

The best benefits of coffee can be obtained by drinking it 20 minutes before starting the sprint. The caffeine, once ingested, will get into your bloodstream within 15 minutes. You will be able to show your best at the field, as the caffeine will last for three to five hours in your bloodstream. Also, have some experiments consuming caffeine at different amounts to see that right amount for you to obtain the benefits.

Some people take coffee before they start the run, and some wait to have it in the middle of their run to enhance their energy and capacity. No one can know you better than yourself. Therefore, it is good to conduct some experiments with the time and the dosage.

You can have some coffee before running or take it midway. Further, during the run, you can choose when you need the extra pick-me-up. In case you are taking the coffee on the run, you can combine the drink with caffeinated energy gel or any other sports nutrition item.

If you are buying sport nutrition items, make sure to check the nutrition facts on the package. It will help you to know which of those have caffeine. You can even find multiple supplements like amino acids, sodium, and fructose, in various products.

The energy gels that have caffeine are quick to be absorbed into the body. Therefore, you are free to take it without much hesitation.

Consuming coffee after a run might seem unreasonable to you, but it can provide certain benefits. According to a small study conducted on seven trained cyclists, having coffee after an exhaustive run or exercise (along with some carbohydrates) is utterly beneficial in muscle recovery. Therefore, consuming coffee or any such caffeinated beverage can be useful after a tiring run or exercise.

We should also note the fact that coffee has remarkable benefits in terms of mental alertness too. If a person runs in the morning and does some other important work in the evening, having coffee after the long run will help them concentrate on the work and carry it out well.

Remember an important precaution. Some sportspeople think that consuming more caffeine than the basic need is not a good idea. If you have it in a greater amount, that doesn’t mean that you can have additional benefits.

Too much coffee often causes nervousness and shakiness. Besides, you won’t be able to focus well, which is mandatory to do. Keep it under 9mg per kg of body weight to secure the best benefits. 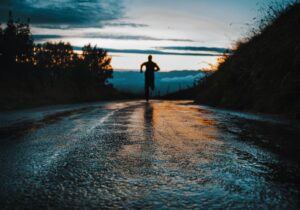 Now we have a fair idea of the pros and cons of having coffee before starting a run. On the one hand, the pros you can get are: decreased perception of effort, increased speed, mental alertness, performance enhancement, and weight loss.

On the other hand, the cons that you may encounter are gastrointestinal diseases, increased urination, headaches, and jitters.

The sections mentioned above are to be kept in mind if you plan to have coffee before running. You can face both positive and negative situations; hence, it is recommendable to conduct a trial run before you adopt coffee into your pre-workout routine. Examine yourself and then go ahead and boost your performance and decrease the adverse effects by have this energy drink.

Overall, the benefits of having coffee before running can be monumental. Therefore, you should consider trying it out at least once in your life. After all, what do you have to lose?

If you liked this piece, then: