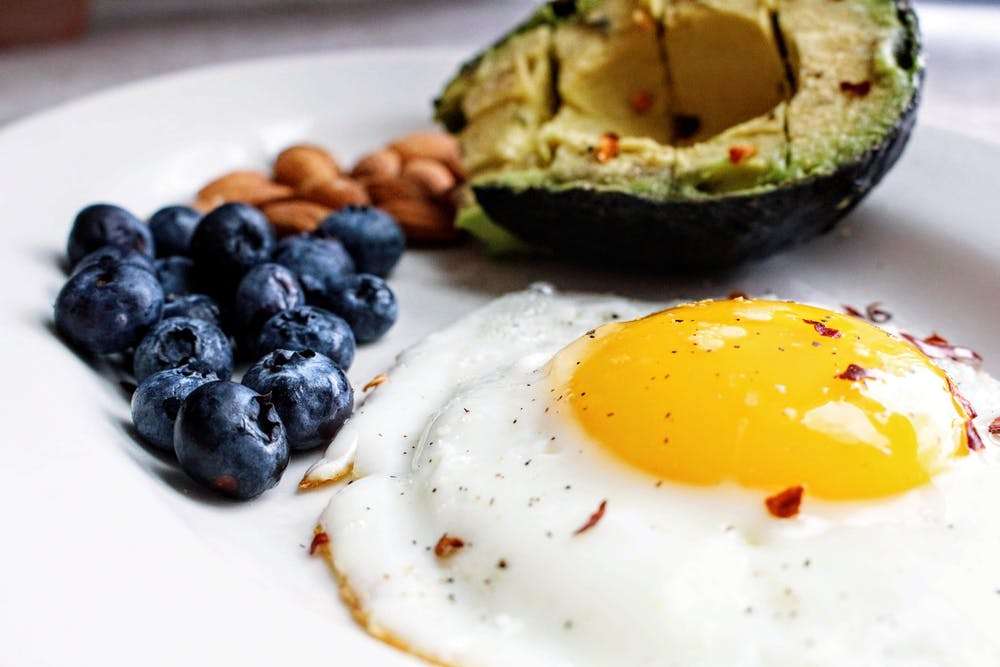 How To Get Into Ketosis In 24 Hours?- 7 Easy Steps

Table of Contents
1. What’s Important Is the Following:
2. What is Diabetes ???
3. Factors That Raise the Likelihood of Developing Type 2 Diabetes
4. Can Alcohol Cause Diabetes or Can You Get Diabetes From Drinking?
5. What Effect Does Alcohol Have on Diabetics? Diabetes-Related Dangers of Drinking
5.1. The Onset of Diabetic Ketoacidosis
5.2. Lipid Metabolism Changes
5.3. Heart Disease
5.4. Retinopathy
5.5. Neuropathy
6. Few More Takeaway Points
6.1. Toxic Interactions Between Alcohol and Diabetes Drugs
6.2. Never Imbibe Alcoholic Beverages While Starving or Empty Stomach
6.3. Taking It Easy With the Liquids Can Literally Mean the Difference Between Life and Death
6.4. Knowing Your Limits Can Literally Save Your Life
6.5. An Emotional Hazard of Alcohol Addiction
7. Final Note

Can alcohol cause diabetes? It’s a debated topic in today’s era. Some of the health problems with diabetes can be made worse by consuming alcohol too much, so people with diabetes or who are developing diabetes should be extra careful when they drink. To begin, alcohol hinders the liver’s ability to control blood sugar. Some diabetes medications may also interact negatively with alcohol. Talk to your doctor about how often you drink, even if that’s not usually the case, so that he or she can give you the safest and most effective medicines.

1. What’s Important Is the Following:

The ups and downs in blood sugar, blood glucose level, and glucose metabolism that happen after drinking or consuming alcohol can cause diabetes. People who consume more than four drinks per day are at a higher risk of developing type 2 diabetes, according to research. People who drink alcohol are more likely to get type 2 diabetes, and their blood sugar levels can also increase. Even though there are many other things that can cause diabetes, it seems that drinking alcohol should be taken into account.

When a person has diabetes, maintaining healthy blood sugar levels or lower blood glucose levels is a constant challenge. High blood glucose levels, which can damage organs like the heart, kidneys, and eyes if left untreated, are a direct result of diabetes because people with the disease either cannot produce insulin or cannot use the insulin they produce effectively. Now, alcohol has been shown to play a significant role in both increasing and decreasing blood sugar levels, which may have different effects on people with diabetes or those predisposed to developing the disease.

Combining alcoholism and type 2 diabetes is extremely risky. Type 2 diabetes is associated with alcoholism and excessive drinking. Additionally, heavy alcohol consumption can hinder metabolic processes and exacerbate diabetes type 1 and type 2 in those who are already affected by the disease. This analysis of diabetes and alcohol consumption is meant to improve knowledge of alcohol’s impact on the disease and guide healthy decision-making.

There is a distinction to be made between light to moderate drinking on occasion and alcoholism or excessive drinking. Consistent and excessive alcohol consumption increases the risk of many health problems, including diabetes. Clinical evidence confirms that diabetes mellitus is an alcohol-related health problem (Kim & Kim, 2012). The link between alcoholism and type 2 diabetes has been linked to a number of factors.

If you have diabetes, you know how difficult it can be to maintain healthy levels of blood sugar (also called glucose). Certain foods are digested and converted into glucose, which is then absorbed into the bloodstream. The pancreas responds to elevated blood glucose levels by secreting insulin, which facilitates glucose’s cellular uptake and utilization as an energy source. Over time, high blood glucose levels brought on by diabetes can cause serious complications like heart and kidney disease and even blindness if the patient is unable to effectively produce or use insulin.

Type 1 diabetes, formerly known as insulin-dependent or juvenile diabetes mellitus, accounts for 5-10% of all cases of diabetes in the United States ( declared by the American diabetes association) and is typically identified in young people. When you have type 1 diabetes, your body mistakenly attacks the insulin-making beta cells in your pancreas. No more insulin production after beta cells die. Those with Type 1 diabetes often need to use insulin to control their condition. Type 1 diabetics can’t function without insulin. Rapid onset of severe symptoms is a hallmark of type 1 diabetes that has gone undiagnosed or untreated. and may manifest themselves through symptoms like:

Approximately 90–95 percent of Americans with diabetes have type 2, making it the most common form of the disease. Although it was previously referred to as “adult-onset diabetes,” the term “Type 2 diabetes” has gained popularity as a result of the disease’s increasing prevalence in children and adolescents.

3. Factors That Raise the Likelihood of Developing Type 2 Diabetes

Some people with type 2 diabetes experience symptoms that are similar to those of type 1 diabetes. Problems with wound healing, as well as numbness or tingling in the extremities, are common in people with type 2 diabetes because high blood sugar levels have a detrimental effect on the microvasculature. People may not suspect they have diabetes until their symptoms worsen or they experience health complications like loss of vision or cardiovascular disease.

4. Can Alcohol Cause Diabetes or Can You Get Diabetes From Drinking?

Factors such as age, ethnicity, and family history can increase your likelihood of developing type 2 diabetes. We also know that obesity greatly increases your risk of developing this disease.

Drinking alcohol in moderation, within recommended limits set by the government, is the safest way to enjoy alcoholic beverages without increasing your risk of developing type 2 diabetes.

The caloric content of alcohol can also contribute to weight gain and disrupt healthy weight.

5. What Effect Does Alcohol Have on Diabetics? Diabetes-Related Dangers of Drinking

Heavy drinking on a regular basis has been linked to a variety of metabolic disturbances, one of which is the maintenance of normal blood glucose levels, suggesting that it may be a risk factor for type 2 diabetes.

Additional complications of diabetes, such as cardiovascular and neurological problems, can be exacerbated by alcohol consumption.

5.1. The Onset of Diabetic Ketoacidosis

Ketoacidosis is an extremely dangerous and potentially fatal diabetic complication. To provide energy, the body converts fat into ketone bodies when it doesn’t have enough insulin to take sugar from the blood into the cells. Ketone bodies include acetone, acetoacetate, and beta-hydroxybutyrate. The liver may convert an excessive amount of circulating fatty acid molecules into an excessive amount of ketone bodies to make up for the lack of insulin and energy, which can have serious consequences for health. Symptoms of ketoacidosis include an increased need to urinate, a rapid or deep breathing rate, dry skin, a reddened face, a pounding head, nausea, exhaustion, kidney diseases, and stomach pain.

Ketoacidosis is a life-threatening condition that is more likely to occur in people with diabetes who consume excessive amounts of alcohol (16 or more standard drinks per day).

Cardiovascular disease and acute pancreatitis are two conditions that may be exacerbated by hypertriglyceridemia. Pancreatic inflammation not only causes pain but also reduces insulin production, making it harder for people with diabetes to keep their blood sugar levels stable.

The risk of developing diabetic eye disease may also be increased by chronic heavy alcohol consumption. People with diabetes often suffer from diabetic retinopathy, which is the leading cause of blindness in the diabetic population. A person with retinopathy may experience irreversible vision loss.

Damage to the fine nerve fibers responsible for feeling touch, pain, vibration, and temperature, as well as for controlling muscle movement, is what causes peripheral neuropathy. Its uncomfortable symptoms include tingling, burning, pain, and numbness, and they most frequently manifest in the legs or feet and are worse at night. Individuals with neuropathy are at a much higher risk of injuring themselves from minor skin tears and other forms of skin trauma. These sorts of things can spread and, in some cases, become very infected before anyone notices them.

The most frequent root causes of peripheral neuropathy are diabetes and alcohol abuse. Although more studies are needed to confirm these findings, it appears that alcohol consumption and diabetes each contribute to the neurodegenerative effects of the other.

Depending on how much you drink, alcohol can either raise or lower your blood glucose levels. The pancreas is stimulated to produce more insulin by certain diabetes medications (such as sulfonylureas and meglitinides), which in turn reduces blood glucose levels. Hypoglycemia, also known as “insulin shock,” occurs when the medication’s effects on blood sugar are combined with alcohol.

When you eat, your body has more time to process the alcohol, reducing the overall impact on your sobriety. If you’re going to imbibe, it’s a good idea to eat something carb-heavy beforehand.

6.3. Taking It Easy With the Liquids Can Literally Mean the Difference Between Life and Death

Alcohol poisoning shares symptoms with hypoglycemia, including drowsiness, confusion, and dizziness. Put on a diabetes alert bracelet so that people will know that you have diabetes and can be helped if they notice you are acting erratically or as if you are intoxicated and you are actually experiencing low blood sugar. Raising your blood sugar level after hypoglycemia necessitates eating or taking glucose tablets. Binge-drinking alcohol should be avoided.

6.4. Knowing Your Limits Can Literally Save Your Life

What a healthy alcohol intake is for you will be determined by your doctor. That could mean avoiding alcohol completely, given your current health situation. Having more than one alcoholic beverage per day may be dangerous for women with diabetes. Males shouldn’t have more than two.

6.5. An Emotional Hazard of Alcohol Addiction

When under pressure or feeling down, some people find that drinking alcohol helps them relax and feel better. It may help you unwind, but it’s not a good way to deal with stress.

If you’re feeling anxious or stressed, engaging in physical activity can be a great help. It can be helpful to start a new hobby with a friend or to do something relaxing like taking a long bath or reading a book.

If you tell a healthcare team about how you’re feeling, they can offer additional insight into how to improve your condition. Alternatively, you could confide in a close friend or family member.

It is an evident question to think ” can alcohol cause diabetes ” . There is no hard and fast rule about how much alcohol is safe to consume if you have diabetes; rather, it depends on the person. You can get advice on how to drink safely and responsibly from your doctor if you discuss your drinking habits with them. 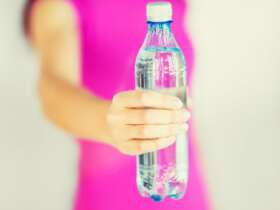